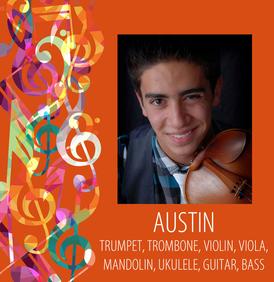 Ed  has been teaching piano for 28 years. For the last 2 years he has been a sought after teacher at Founder's Hall. He is a classically trained pianist who studied at WCSU.  He has toured extensively with many major artists but has settled into a life as a dedicated and passionate teacher.

Tristan Rais-Sherman is the recently appointed Conductor of the Young Peoples Symphony with the Stamford Young Artists Philharmonic, as well as the Conductor of the String Ensemble of the West Connecticut Youth Orchestra. He also has recently been named Artistic Director and Conductor of the Hilltop Music Collective in Greenwich, CT. Tristan has become one of the most sought after young conductors in New York/Connecticut area, and is becoming known for his vivid and thrilling music-making. In August, he will appear as part of the Kaufman Music Center’s Summer String Fest at Merkin Concert Hall. In early 2017, Tristan was a finalist with both the Naples Philharmonic and the Memphis Symphony Orchestra to become Assistant Conductor and Music Director of their respective Youth Orchestras. He previously served as Assistant Conductor and David Alan Miller Fellow of the New York Youth Symphony from 2015-2017. Tristan recently performed as part of the Lamont Conducting Workshop in Denver, CO and the Aurora Festival in Vänersborg, Sweden. He is passionate about creating inspiring musical experiences for people of all ages, from 6 months to 60 years, and beyond.

Tristan graduated from the University of Michigan with a Master’s degree in Orchestral Conducting as a student of Kenneth Kiesler in 2015. While in Michigan, he served as Music Director of the Michigan Pops Orchestra—the United States’ oldest collegiate Pops orchestra, and one of Ann Arbor’s most cherished musical organizations. Under his direction, the orchestra performed a wide variety of music—ranging from Mendelssohn and Prokofiev to Game of Thrones and Video Games Live. He performed with the University Symphony and Philharmonic Orchestras on the stage of Hill Auditorium, and served as Assistant Conductor of all active ensembles. He led premieres of music by Keith Allegretti, Sam Saunders and organized a performance of music by Brahms, Haydn, and Rameau. Since completing his graduate studies at the University of Michigan, Tristan has been a Conducting Fellow at the Dartington International Summer School in the UK, and participated in the Seventh International St. Petersburg Chamber
Philharmonic Masterclass with Alexander Polishchuck and Sian Edwards in September 2015. 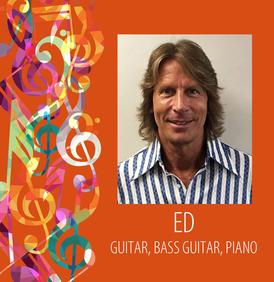 Like many musicians, Michael Henss began playing early in life and has been consumed by music ever since. In addition to the guitar, for which he’s been playing for over 24 years, Michael has also spent a considerable amount of time studying electric bass and drums. Whilestudying music at the University of Maine, Michael developed an interest in composition and spent a great deal of time writing music and developing a personal compositional style. Following his time at the University of Maine, he studied audio production for music and film at the Audio Recording Technology Institute and interned with world-renowned mastering engineer Bob Katz. Michael currently works as a music educator and freelance audio engineer in CT and has been involved as a composer and performer for a number of commercial music projects. His musical expertise lies in rock, metal, folk, and electronic music. 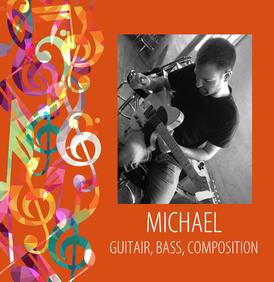 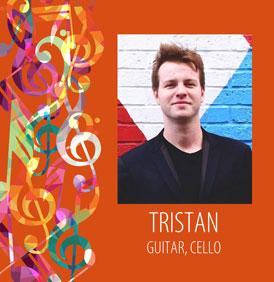