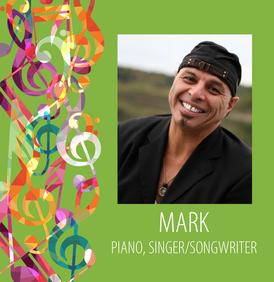 Ed  has been teaching piano for 28 years. For the last 2 years he has been a sought after teacher at Founder's Hall. He is a classically trained pianist who studied at WCSU.  He has toured extensively with many major artists but has settled into a life as a dedicated and passionate teacher.

Julie Ludwig Overland  has Bachelor of Fine Arts in music from Ithaca College, a Master’s Degree is Education from WCSU and she earned a 6th year diploma in Educational Leadership at UCONN. She is also a Register Music Therapist.

In 2014 Julie was appointed the Northeast Representative on the NAfME Council for Orchestral Education.  As a member of the CT Arts Leadership Team, she recently assisted in the development of the newly established National Arts Standards.  Julie has also acted as a chairperson on the CMEA Curriculum Council and Education Committee for the American Chamber Orchestra.

Julie has toured with orchestras performing in Japan, Hong Kong, The Phillipines, Okinawa, Italy, Austria, the Czech Republic, and across the United States.  Locally, she has performed with the Norwalk, Ridgefield and Connecticut Philharmonic orchestras. Julie continues to perform with the American Chamber Orchestra, Broadway Bach Ensemble and her own string quartet.

Julie is passionate about ensuring that all students receive appropriate excellent music education.  As a music therapist and experienced educator, she developed a special note reading system to assist visual processing deficits and special needs students. She believes that all students should be given the opportunity to participate in music!

Michael Lankester began playing piano at the age of five, and composing by the age of ten. He studied at the Royal College of Music and was awarded a conducting scholarship. Subsequently, he joined the faculty of the Royal College of Music as Professor of Conducting and Head of Opera. Since then Michael has had a prominent international conducting career that also includes work as composer, arranger and commentator for special projects in opera, theater and broadcasting and was given an Honorary Doctorate from the University of Connecticut. In May 2000, he completed a highly successful tenure as Music Director of the Hartford Symphony Orchestra and the Hartford Chamber Orchestra. Since leaving the HSO, Michael has been active as a guest conductor with the London Symphony Orchestra, Pittsburgh Symphony, as well as many other orchestras throughout the world.

Fundamental to Michael's driving force as a musician is his continuing work with young people. In addition to his many years of teaching private music lessons, as Music Director of the Pittsburgh Youth Orchestra, and his annual festivals with the Northern Junior Philharmonic Orchestra in England he has performed literally hundreds of concerts with and for children of all ages - testament to his passionately held belief that it is only by young people actually taking part in performances that we can begin to secure the future of great orchestral music. His compositions for children have been performed in many American cities. Michael now resides in the suburbs of New York. He teaches beginner through advanced piano, and composing to students of all ages at Sharps and Flats including adults! When he isn’t at Sharps & Flats he continues to guest lecture about music history and music composers.

Irina Loboda  has been playing piano for over 20 years. Irina grew up in Lithuania and studied piano at the Klaipeda Music Conservatory. Irina represented her country in numerous international competitions, performed in master classes and concerts in Russia, Europe, Canada and USA. Irina also studied in Juilliard  and Manhattan School of Piano with Liz Huang. Irina lives in Ridgefield with her husband and three children and has been teaching piano for over 15 years.

Mark Alexander  is a pianist, synthesist, songwriter and producer. Growing up in New Canaan, Connecticut, he started his formal classical piano training at the age of five. Strongly influenced by the Beatles and other bands of the British Invasion, as well as jazz greats as varied as Duke Ellington, Dave Brubeck and McCoy Tyner, he was soon studying jazz piano and theory with Darius Brubeck and later with John Mehegan.

After graduating from New Canaan High School he attended Syracuse University where he continued studying classical piano and graduated with his Bachelor of Music degree. Upon graduating from Syracuse, Mark moved to New York City and was soon playing in local clubs and recording studios with a variety of bands and artists.

With 30 years in the music business, he has worked as a session and touring musician with a wide range of artists such as Meat Loaf, Joe Cocker, Luciano Pavarotti, Steven Van Zandt, Enrique Iglesias and performing in world renowned venues such as Madison Square Garden, Royal Albert Hall, Radio City Music hall, Wembley Stadium, and Shea Stadium. In addition to appearances on “The Tonight Show with Jay Leno”, “Late Night with David Lettermen”, “The Brit Awards” and “The American Music Awards”, he has recorded for feature film soundtracks (The Bodyguard, Home Alone) and performed in Broadway shows including Jesus Christ Superstar and the Tony Award winning Billy Joel/Twyla Tharp collaboration, “Movin’ Out”. After touring with The Rascals reunion tour, “Once Upon a Dream” from 2012-2013, Mark joined the staff of Sharps and Flats. He currently lives in South Salem, New York with his family and continues to work as a live and session musician both locally and in New York City. 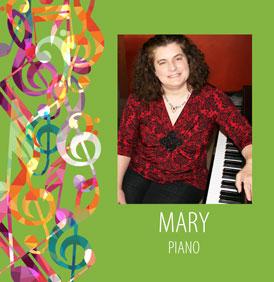 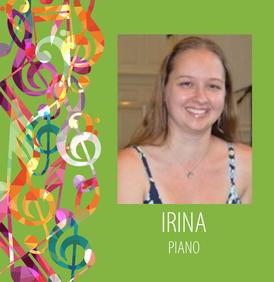 Mary Buzak has been teaching piano for 14 years.  She is a graduate from Simmons College, Boston.  While there she studied private piano at the New England Conservatory.  Mary teaches all ages from  senior citizens to 5 year olds. She also teaches Kindermusik,  a music program for young children ages 4 months to 5 years.  Having started playing piano herself at age 7, her musical career has taught her how to be patient and dedicated to learning something important.  Mary takes the time to find each students own learning style.  She has a repertoire of games and other great ideas to make her students' lessons fun and sends each student home with a clear sense of what to do at the piano between lessons. Bringing the joy of music into her students' hearts while developing their musical talent is her primary goal. 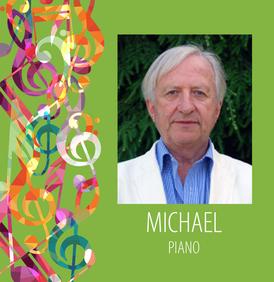 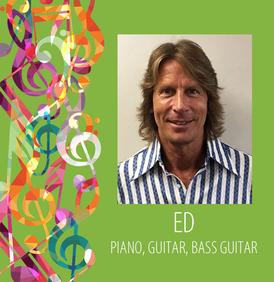 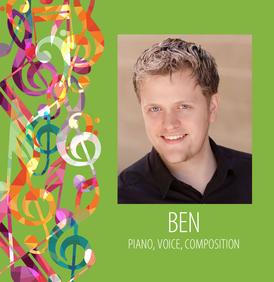 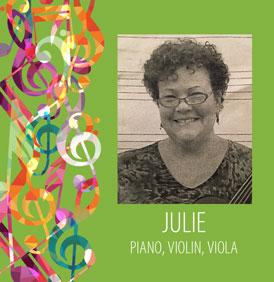