Julie Ludwig Overland  has Bachelor of Fine Arts in music from Ithaca College, a Master’s Degree is Education from WCSU and she earned a 6th year diploma in Educational Leadership at UCONN. She is also a Register Music Therapist.

In 2014 Julie was appointed the Northeast Representative on the NAfME Council for Orchestral Education.  As a member of the CT Arts Leadership Team, she recently assisted in the development of the newly established National Arts Standards.  Julie has also acted as a chairperson on the CMEA Curriculum Council and Education Committee for the American Chamber Orchestra.

Julie has toured with orchestras performing in Japan, Hong Kong, The Phillipines, Okinawa, Italy, Austria, the Czech Republic, and across the United States.  Locally, she has performed with the Norwalk, Ridgefield and Connecticut Philharmonic orchestras. Julie continues to perform with the American Chamber Orchestra, Broadway Bach Ensemble and her own string quartet.

Julie is passionate about ensuring that all students receive appropriate excellent music education.  As a music therapist and experienced educator, she developed a special note reading system to assist visual processing deficits and special needs students. She believes that all students should be given the opportunity to participate in music!

Katie Marsan has a B.S. in Music Education from Western Connecticut State University. She is an elementary Suzuki strings teacher in the Farmington Public Schools and has taught private lessons to students from age five to adult. Katie has been studying the violin for fifteen years and currently performs with the Farmington Valley Symphony Orchestra in addition to participating in the Holy Family music ministry. She has worked at various summer camps and school programs for several years. As a Fulbright Scholar (2013-2014), Katie studied traditional music at the University of Tartu Viljandi Culture Academy in the culturally rich country of Estonia. She also enjoys playing Irish fiddle tunes and is always interested in learning folk music from around the world. Katie has attended folk music conferences in Estonia, Lithuania, and Belgium as well as Suzuki teacher training at the Hartt School of Music. She encourages the development of both good reading skills and learning to play by ear. She often uses the Suzuki repertoire in her teaching while also incorporating folk music and other styles to meet the interests of her students.

Alexa Donaldson, Owner/Director  began her cello studies at the age of 3 and has been teaching cello for 10 years. She studied at The University of Mary Washington and the University of Rochester. She is currently in the process of completing a Masters in Music History at the Hartt School of Music, where she has taught college level courses in Opera and Music History. Her lessons blend Suzuki methodology with ear training and note reading to give her students a comprehensive learning experience. 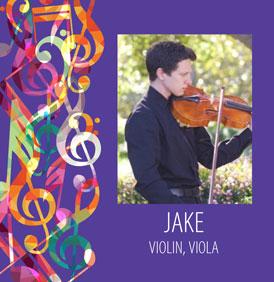 Tristan Rais-Sherman is the recently appointed Conductor of the Young Peoples Symphony with the Stamford Young Artists Philharmonic, as well as the Conductor of the String Ensemble of the West Connecticut Youth Orchestra. He also has recently been named Artistic Director and Conductor of the Hilltop Music Collective in Greenwich, CT. Tristan has become one of the most sought after young conductors in New York/Connecticut area, and is becoming known for his vivid and thrilling music-making. In August, he will appear as part of the Kaufman Music Center’s Summer String Fest at Merkin Concert Hall. In early 2017, Tristan was a finalist with both the Naples Philharmonic and the Memphis Symphony Orchestra to become Assistant Conductor and Music Director of their respective Youth Orchestras. He previously served as Assistant Conductor and David Alan Miller Fellow of the New York Youth Symphony from 2015-2017. Tristan recently performed as part of the Lamont Conducting Workshop in Denver, CO and the Aurora Festival in Vänersborg, Sweden. He is passionate about creating inspiring musical experiences for people of all ages, from 6 months to 60 years, and beyond.

Tristan graduated from the University of Michigan with a Master’s degree in Orchestral Conducting as a student of Kenneth Kiesler in 2015. While in Michigan, he served as Music Director of the Michigan Pops Orchestra—the United States’ oldest collegiate Pops orchestra, and one of Ann Arbor’s most cherished musical organizations. Under his direction, the orchestra performed a wide variety of music—ranging from Mendelssohn and Prokofiev to Game of Thrones and Video Games Live. He performed with the University Symphony and Philharmonic Orchestras on the stage of Hill Auditorium, and served as Assistant Conductor of all active ensembles. He led premieres of music by Keith Allegretti, Sam Saunders and organized a performance of music by Brahms, Haydn, and Rameau. Since completing his graduate studies at the University of Michigan, Tristan has been a Conducting Fellow at the Dartington International Summer School in the UK, and participated in the Seventh International St. Petersburg Chamber
Philharmonic Masterclass with Alexander Polishchuck and Sian Edwards in September 2015.

Jake Pietroniro is a violist and New Hampshire native. He began his studies at age 9, participating in ensembles like the Keene Chamber Orchestra and the Boston Youth Symphony during his high school years, during which time he had the opportunity to perform in both Symphony Hall and Lincoln Center. He completed his undergraduate degree at the University of California at Santa Barbara, where he studied with Helen Callus, graduating with magna cum laude academic honors and a distinction in his Bachelor of Arts degree. In addition to viola performance, Jake is fascinated with the use of metaphor in pedagogy, and has published a paper on the benefits of its use. He is currently pursuing his Master’s degree in viola performance on scholarship at The Hartt School, where his chamber group recently won 1st prize in the annual Hartt Chamber Music Competition. 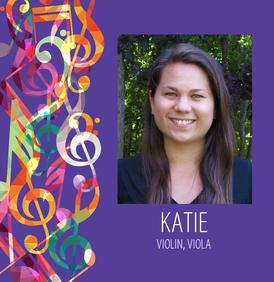 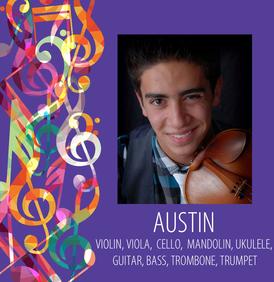 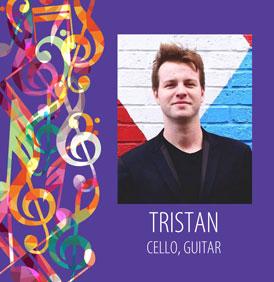 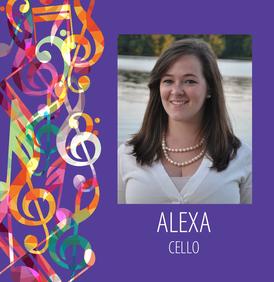 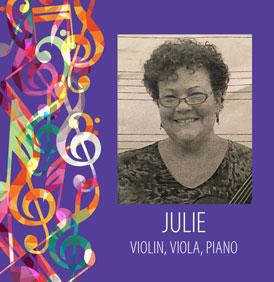